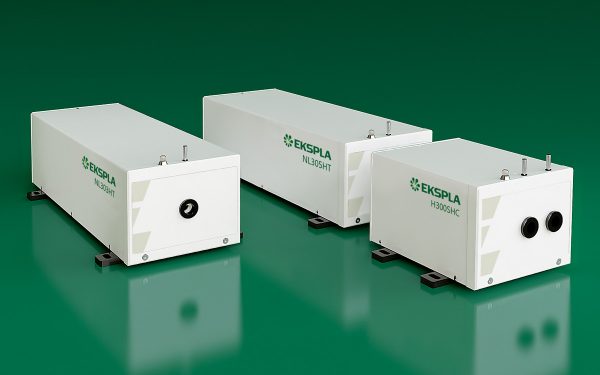 NL30×HT models are designed for maximum energy extraction from the active element. Up to 1200 mJ pulse energy can be produced at a 5 Hz pulse repetition rate.

A wide range of harmonic generator modules for generation up to a 5th harmonic is available.

The extremely compact laser head is approximately 480 mm long and can be fitted into tight spaces. The laser power supply has a 330 × 490 mm footprint. Easy access to the water tank from the back side of the power supply facilitates laser maintenance. Replacement of flashlamp does not require removal of pump chamber from the laser cavity and does not lead to possible misalignment. The powering unit can be configured with water-to-water or water-to-air heat exchangers. The latter option allows for laser operation without the use of tap water for cooling.

For customer convenience the laser can be controlled via a RS232 or USB port with LabView™ drivers (included) or a remote control pad. Both options allow easy control of laser settings.

The harmonics module uses a modular design that allows reconfiguration of laser output for the appropriate experiment wavelength. A typical module houses a non-linear crystal together with a set of dichroic mirrors for separating the harmonic beam from the fundamental wavelength. Nonlinear crystals used for the purpose of wavelength conversion are kept at an elevated temperature in a thermo-stabilized oven. Two or more modules can be joined together for higher harmonics generation: attaching one extra module to a second harmonic generator allows for the generation of 3rd or 4th harmonic wavelengths.

It should be noted that only modules with a single output port can be joined together: it is possible to attach a H300S module to a H300SH unit for 532 nm beam separation, or a H300FHC module for 4th harmonics generation (see detailed description below). Modules with two output ports (e.g., H300SHC) cannot be attached to extra units.

NL300 series lasers offer several options for changing output pulse energy. The easiest option is to change the timing of the Q-switch opening relative to the flashlamp pump pulse. This option is a standard feature for all NL300 series lasers. A change in Q-switch timing, however, changes other laser pulse parameters along with the pulse energy. A decrease in pulse energy results in longer pulse duration, decreased pulse-to-pulse-stability, and possible changes in the spatial beam profile. For applications that require smooth adjustment of output pulse energy while keeping other parameters stable, EKSPLA offers H300Ax series attenuator modules.

2. For 2nd and 3rd harmonics:
a) H300SH+H300S+H300THC – for SH and TH output as specified in the NL300 series brochure.
b) H300STH+H300ST – a cost-effective solution not requiring the replacement of modules when changing from a 532 nm to 355 nm beam and vice versa. The 532 nm beam specification will, however, be 15% lower relative to the values in the NL300 series brochure due to extra components in the beam path.

5. For all harmonics including 5th: modules described in paragraph #4 plus the H300FiHC module.

Harmonic generators and attenuators selection guide can be downloaded from this link. 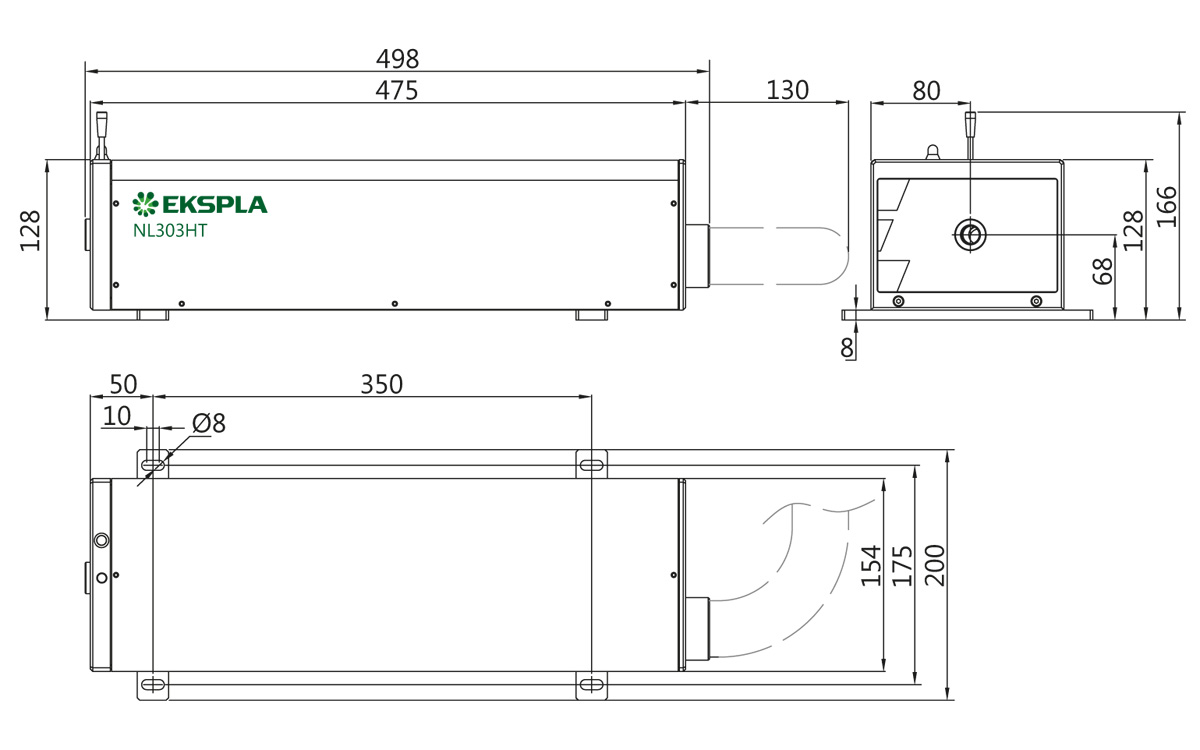 In this work, we present a compact laser-produced plasma source of X-rays, developed and characterized for application in soft X-ray contact microscopy (SXCM). The source is based on a double stream gas puff target, irradiated with a commercially available Nd:YAG laser, delivering pulses with energy up to 740 mJ and 4 ns pulse duration at 10 Hz repetition rate. The target is formed by pulsed injection of a stream of high-Z gas (argon) into a cloud of low Z-gas (helium) by using an electromagnetic valve with a double nozzle setup. The source is designed to irradiate specimens, both in vacuum and in helium atmosphere with nanosecond pulses of soft X-rays in the ‘‘water-window” spectral range. The source is capable of delivering a photon fluence of about 1.09 x 103 photon/µm2/pulse at a sample placed in vacuum at a distance of about 20 mm downstream the source. It can also deliver a photon fluence of about 9.31 x 102 - photons/µm2/pulse at a sample placed in a helium atmosphere at the same position. The source design and results of the characterization measurements as well as the optimization of the source are presented and discussed. The source was successfully applied in the preliminary experiments on soft X-ray contact microscopy and images of microstructures and biological specimens with ~80 nm half-pitch spatial resolution, obtained in helium atmosphere, are presented.

We have observed extreme ultraviolet (EUV) spectra from terbium (Tb) ions in optically thin and thick plasmas for a comparative study. The experimental spectra are recorded in optically thin, magnetically conned torus plasmas and dense laser-produced plasmas (LPPs). The main feature of the spectra is quasicontinuum emission with a peak around 6.5-6.6 nm, the bandwidth of which is narrower in the torus plasmas than in the LPPs. A comparison between the two types of spectra also suggests strong opacity effects in the LPPs. A comparison with the calculated line strength distributions gives a qualitative interpretation of the observed spectra.

Laser-produced plasmas are intense sources of XUV radiation that can be suitable for different applications such as extreme ultraviolet lithography, beyond extreme ultraviolet lithography and water window imaging. In particular, much work has focused on the use of tin plasmas for extreme ultraviolet lithography at 13.5 nm. We have investigated the spectral behavior of the laser produced plasmas formed on closely packed polystyrene microspheres and porous alumina targets covered by a thin tin layer in the spectral region from 2.5 to 16 nm. Nd:YAG lasers delivering pulses of 170 ps (Ekspla SL312P )and 7 ns (Continuum Surelite) duration were focused onto the nanostructured targets coated with tin. The intensity dependence of the recorded spectra was studied; the conversion efficiency (CE) of laser energy into the emission in the 13.5 nm spectral region was estimated. We have observed an increase in CE using high intensity 170 ps Nd:YAG laser pulses as compared with a 7 ns pulse.

We optimized the parameters of a laser-produced plasma source based on a solid-state Nd: YAG laser (λ = 1.06 nm, pulse duration 4 ns, energy per pulse up to 500 mJ, repetition rate 10 Hz, lens focus distance 45 mm, maximum power density of laser radiation in focus 9 x 1011 W/cm2) and a double-stream Xe/He gas jet to obtain a maximum of radiation intensity around 11 nm wavelength. It was shown that the key factor determining the ionization composition of the plasma is the jet density.With the decreased density, the ionization composition shifts toward a smaller degree of ionization, which leads to an increase in emission peak intensity around 11 nm.We attribute the dominant spectral feature centred near 11 nm originating from an unidentified 4d-4f transition array in Xe+10...+13 ions. The exact position of the peak and the bandwidth of the emission line were determined. We measured the dependence of the conversion efficiency of laser energy into an EUV in-band energy with a peak at 10.82 nm from the xenon pressure and the distance between the nozzle and the laser focus. The maximum conversion efficiency (CE) into the spectral band of 10–12 nm measured at a distance between the nozzle and the laser beam focus of 0.5 mm was CE = 4.25 ± 0.30%. The conversion efficiencies of the source in-bands of 5 and 12 mirror systems at two wavelengths of 10.8 and 11.2 nm have been evaluated; these efficiencies may be interesting for beyond extreme ultraviolet lithography.

Laser-induced breakdown spectroscopy (LIBS) technology is an appealing technique compared with many other types of elemental analysis because of the fast response, high sensitivity, real-time, and noncontact features. One of the challenging targets of LIBS is the enhancement of the detection limit. In this study, the detection limit of gas-phase LIBS analysis has been improved by controlling the pressure and laser pulse width. In order to verify this method, low-pressure gas plasma was induced using nanosecond and picosecond lasers. The method was applied to the detection of Hg. The emission intensity ratio of the Hg atom to NO (IHg/ INO) was analyzed to evaluate the LIBS detection limit because the NO emission (interference signal) was formed during the plasma generation and cooling process of N2 and O2 in the air. It was demonstrated that the enhancement of IHg/INO arose by decreasing the pressure to a few kilopascals, and the IHg/INO of the picosecond breakdown was always much higher than that of the nanosecond breakdown at low buffer gas pressure. Enhancement of IHg/INO increased more than 10 times at 700 Pa using picosecond laser with 35 ps pulse width. The detection limit was enhanced to 0.03 ppm (parts per million). We also saw that the spectra from the center and edge parts of plasma showed different features. Comparing the central spectra with the edge spectra, IHg/INO of the edge spectra was higher than that of the central spectra using the picosecond laser breakdown process.

Laser induced breakdown spectroscopy (LIBS) provides the opportunity to analyze almost any element, from any material, in any environment. Among the many applications of LIBS is the analysis of thin lms and multilayered structures. An automated system was designed and built to conduct LIBS using Nd:YAG and Ti:Sapphire lasers, broadband and high-resolution spectrometers and detectors. This system incorporates the sample manipulation as well as laser and spectrometer control and timing. A series of experiments were conducted to analyze the ability of nanosecond and femtosecond lasers to detect Mg impurities in thin TiO2 lms using LIBS. It was determined that optimal detection occurs early in the plasma ionic/atomic emission with detection capabilities in the parts-per-million range. Another series of experiments were conducted using LIBS to analyze thin transparent organic lms, with specic emphasis on the eect of lm thickness and interplay between lm and substrate. The challenges of ablating and measuring multiple layers have also been explored using various laser wavelengths. The eectiveness of LIBS has been demonstrated for depth proling of CIGS solar cells. Ablation crater and ablation threshold analysis aided in understanding and overcoming some of the obstacles in depth proling. One of the challenges with LIBS is the identication and mitigation of matrix eects. This problem was explored using a Mg tracer element and various compositions of the suspected elements Si, Ca, and Sr which can cause errors in LIBS analysis. The goal of this dissertation is to investigate the ability of LIBS to conduct detailed thin lm analysis for a variety of materials and potential applications. This includes analyzing trace elements from a traditionally noisy background, measuring dicult to ablate thin lms, and the unique challenges associated with multilayered structures. 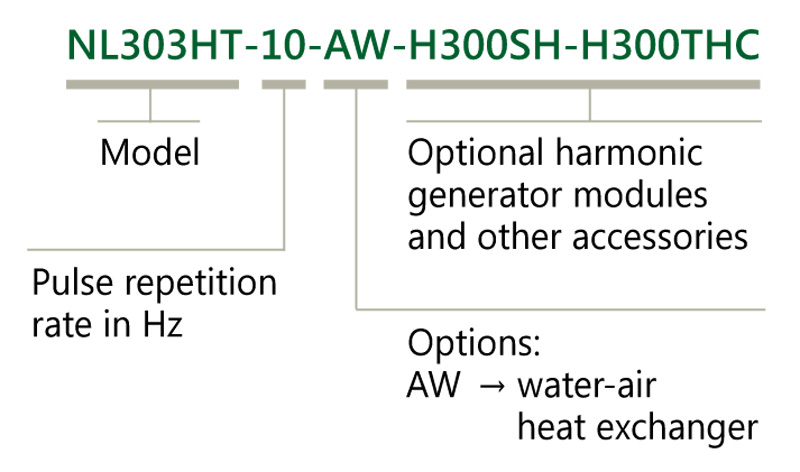