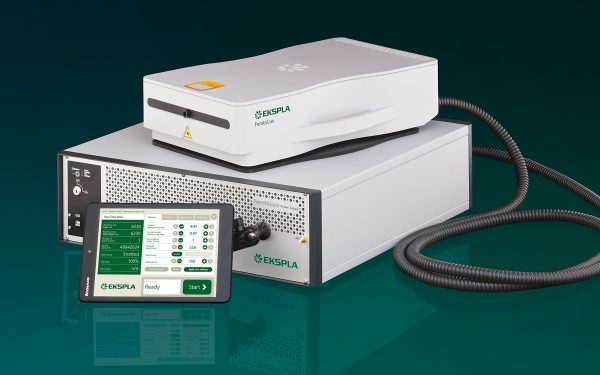 FemtoLux 3 is a modern femtosecond fiber laser aimed for both R&D use and industrial integration. Tunable pulse duration in a range of 300 fs – 5 ps, adjustable pulse repetition rate up to 10 MHz and adjustable pulse energy up to 3 μJ allows optimization of laser parameters for the desired application. These include marking and volume structuring of transparent materials, photopolymerization, biological imaging, nonlinear microscopy and many others. To expand the scope of applications even further this laser can be equipped with a second harmonics module.

With burst mode enabled, FemtoLux 3 can generate bursts of pulses with energy above 10 μJ with instant burst shape control which can significantly improve the efficiency of some processes.

Having a rigid, compact, passive air-cooled laser head and the possibility to control the laser from a wireless tablet, FemtoLux 3 can be integrated with different equipment, be it laser equipment for material micro-processing, microscopy or any other research equipment.

Typical dependence of output power and pulse energy of FemtoLux 3 laser at 1030 nm when repetition rate is reduced by pulse picker. Internal repetition rate of the laser in this case is 1 MHz 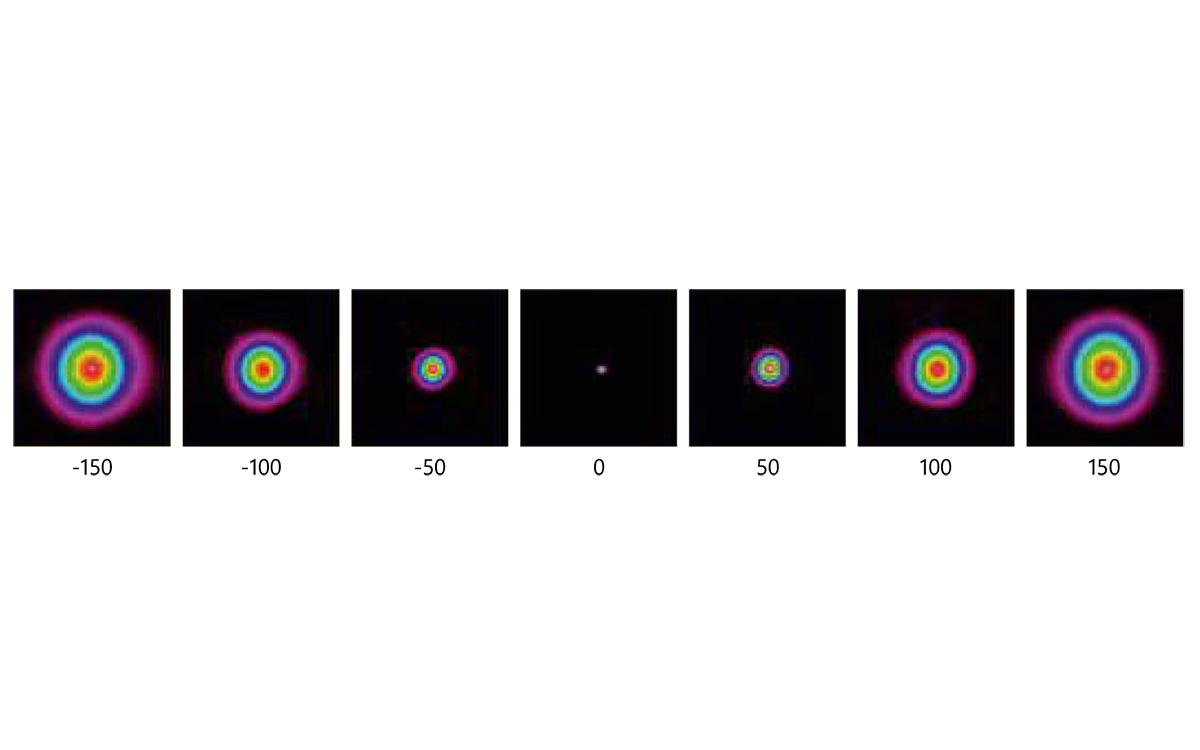 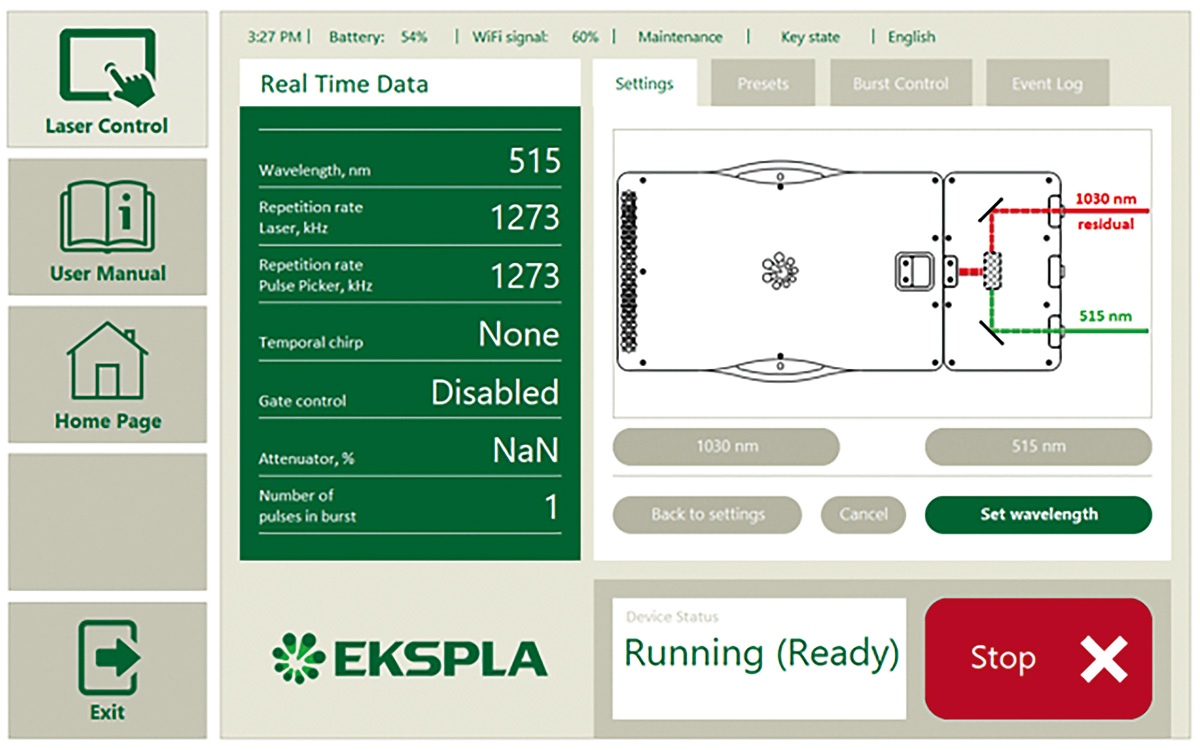 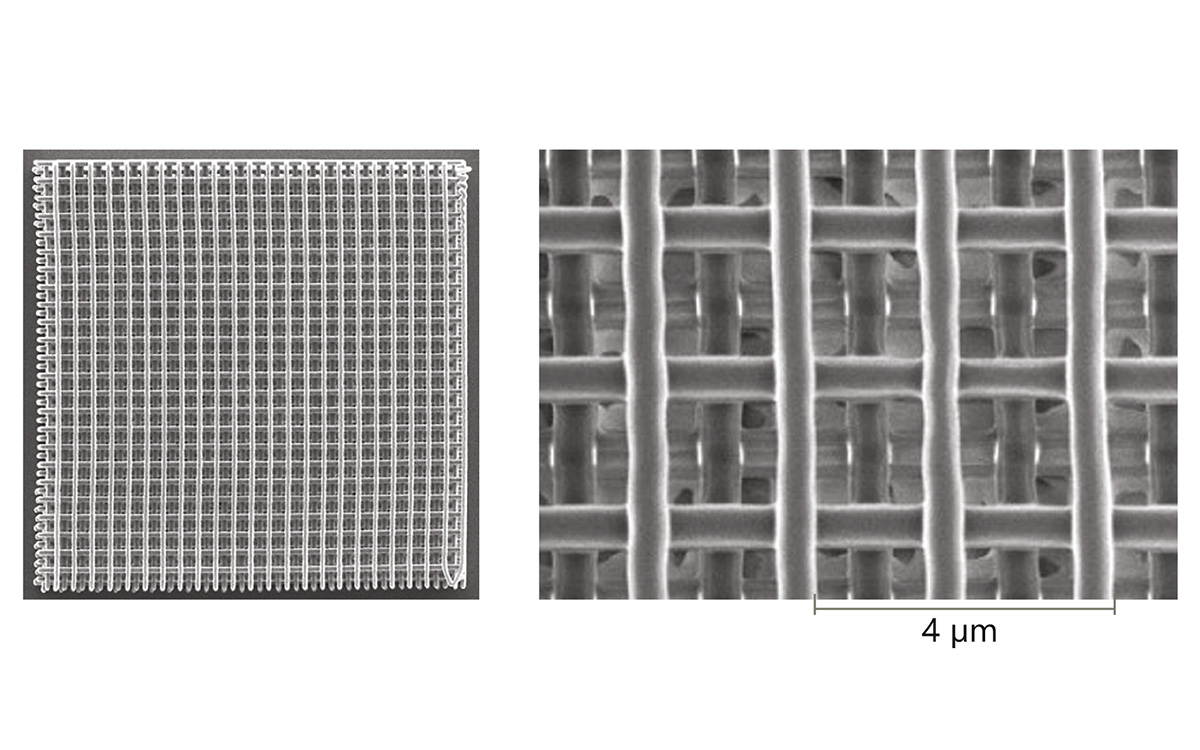 Photopolymerization samples made with FemtoLux 3. Courtesy of Workshop of Photonics 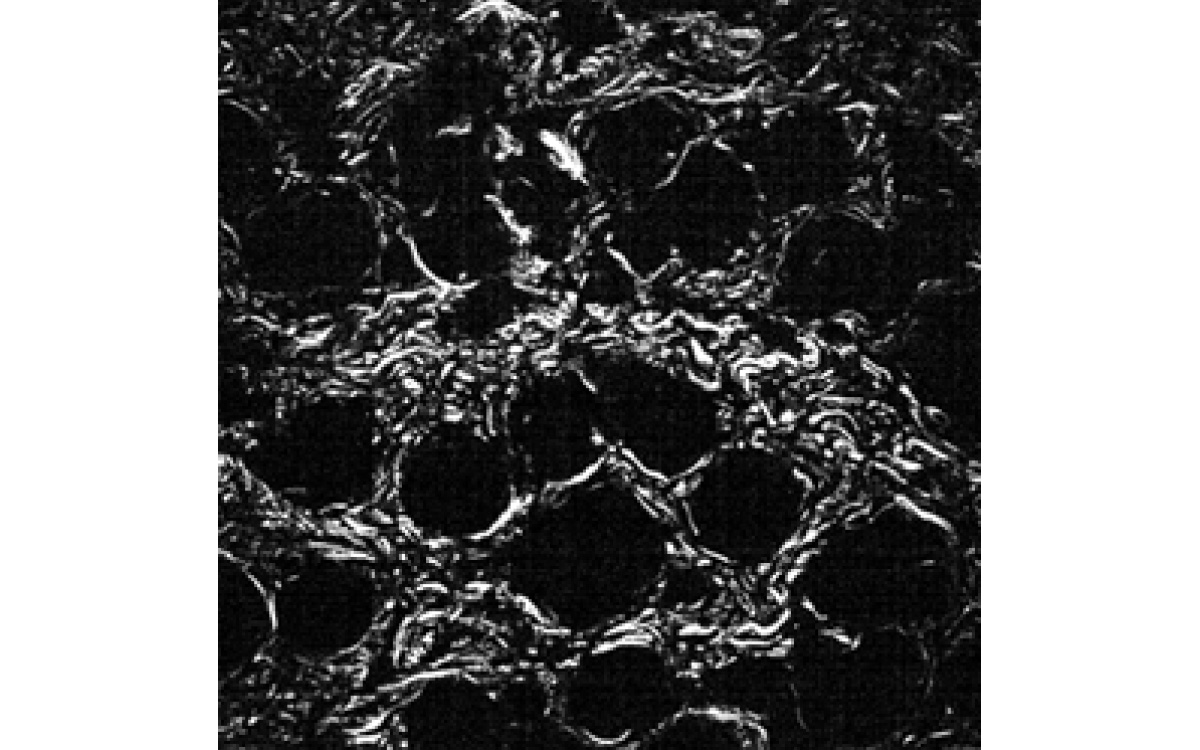 SHG image of colagen structures of 450×450 μm² area of a mouse skin sample captured with FemtoLux 3 laser. The integration time was 0.1 s 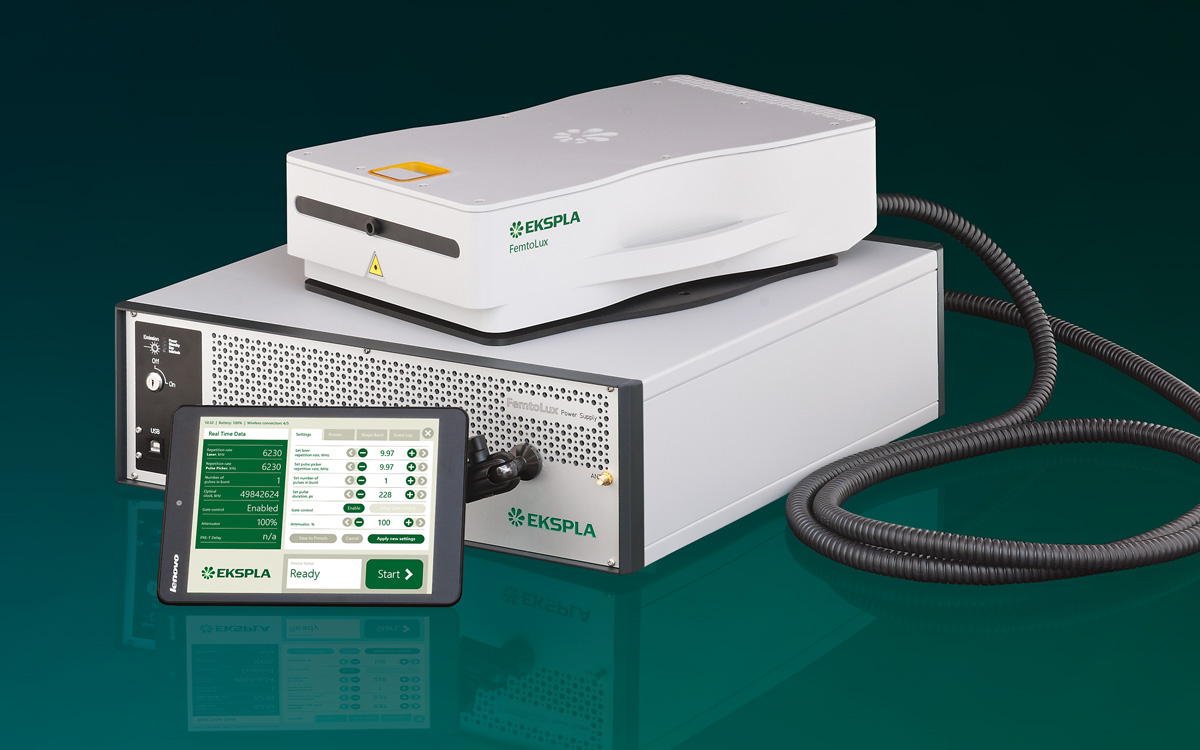 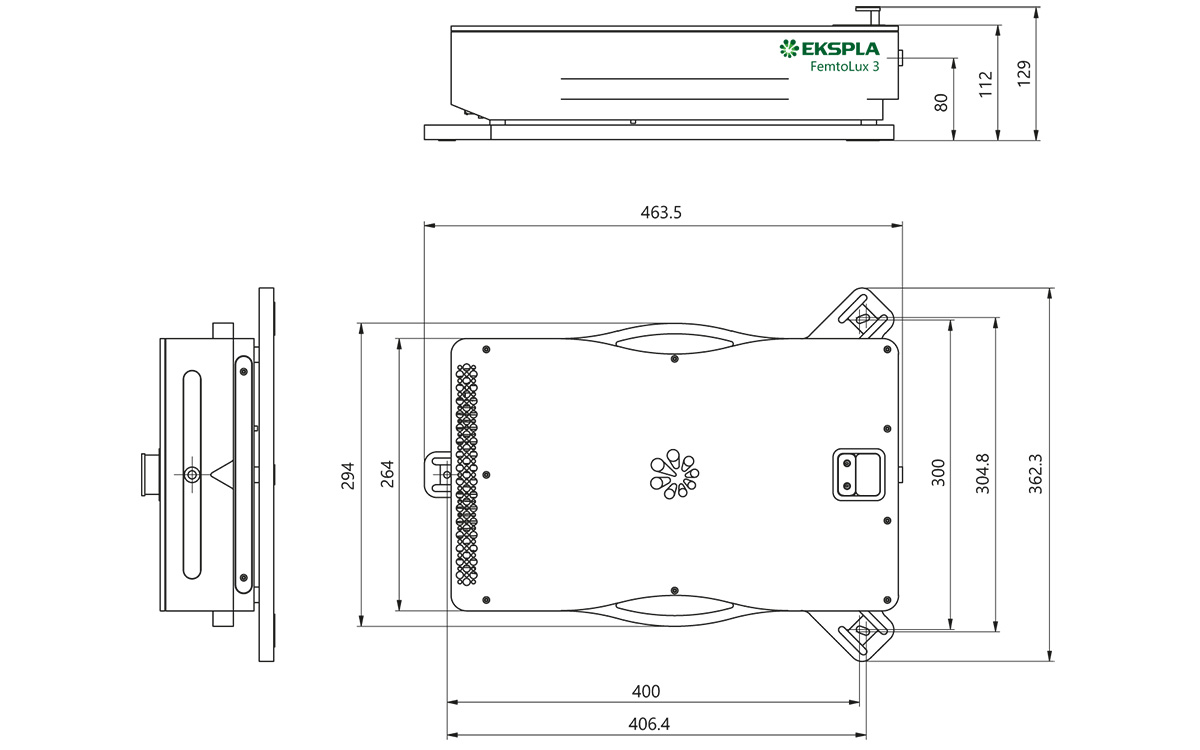 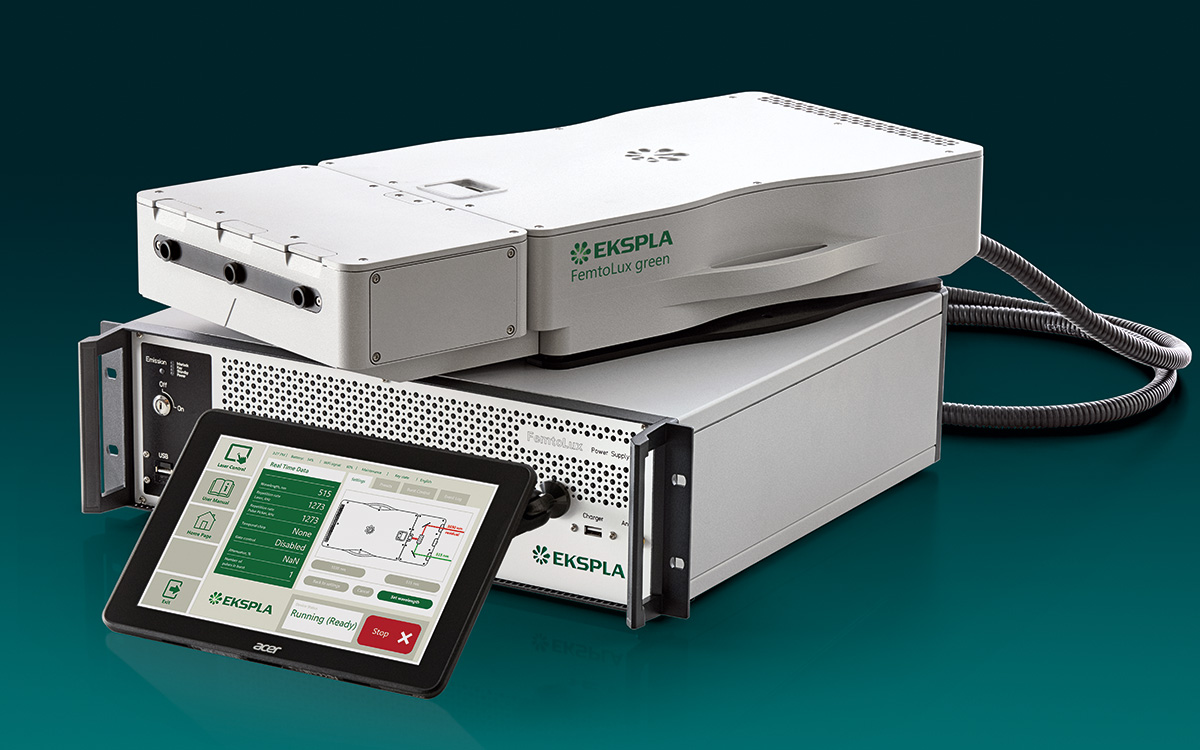 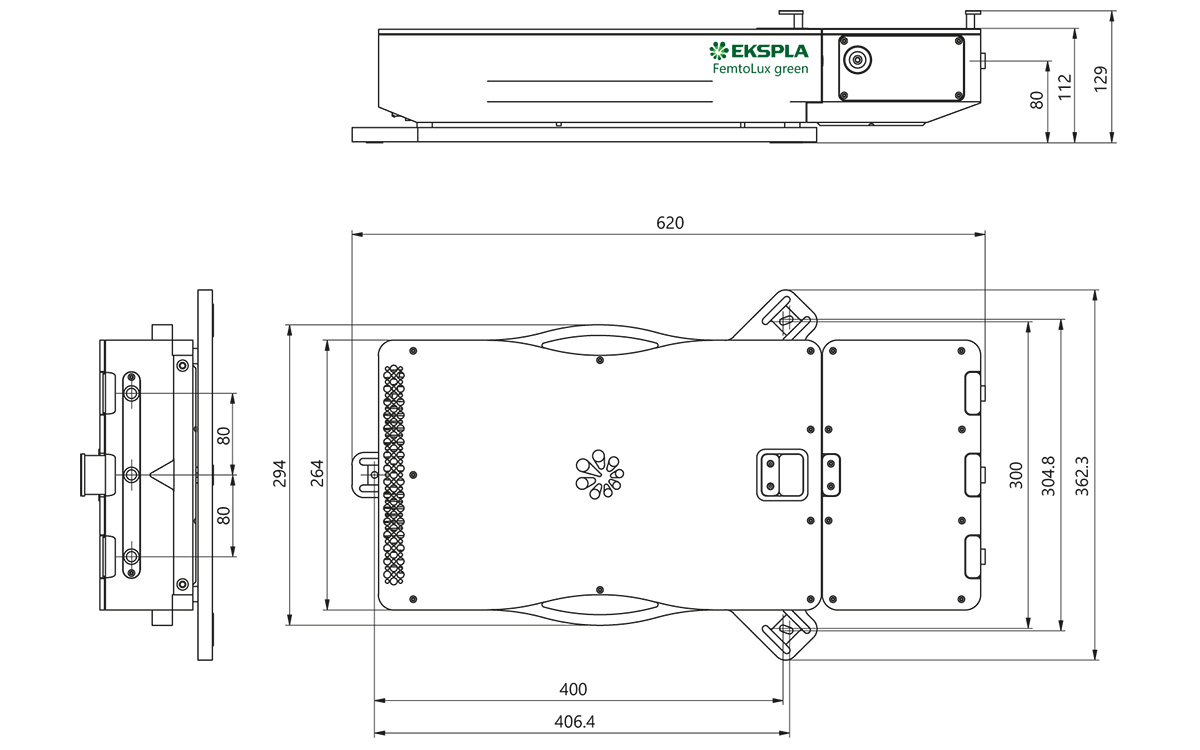 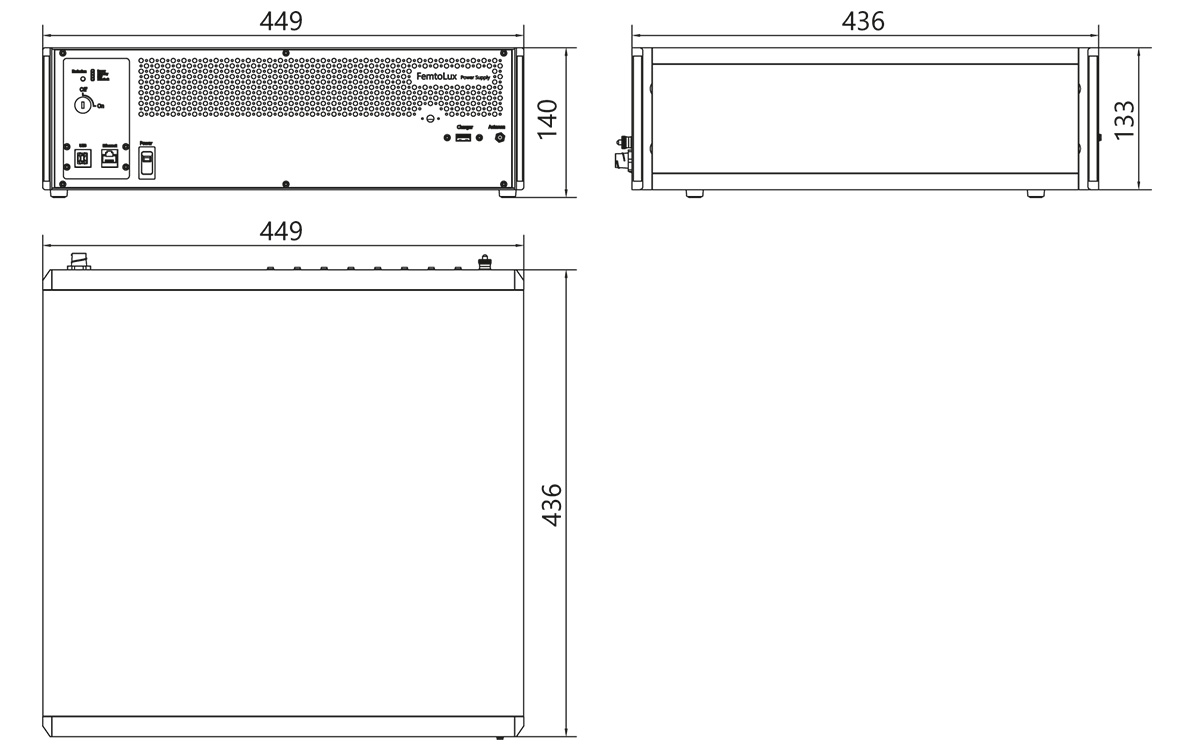 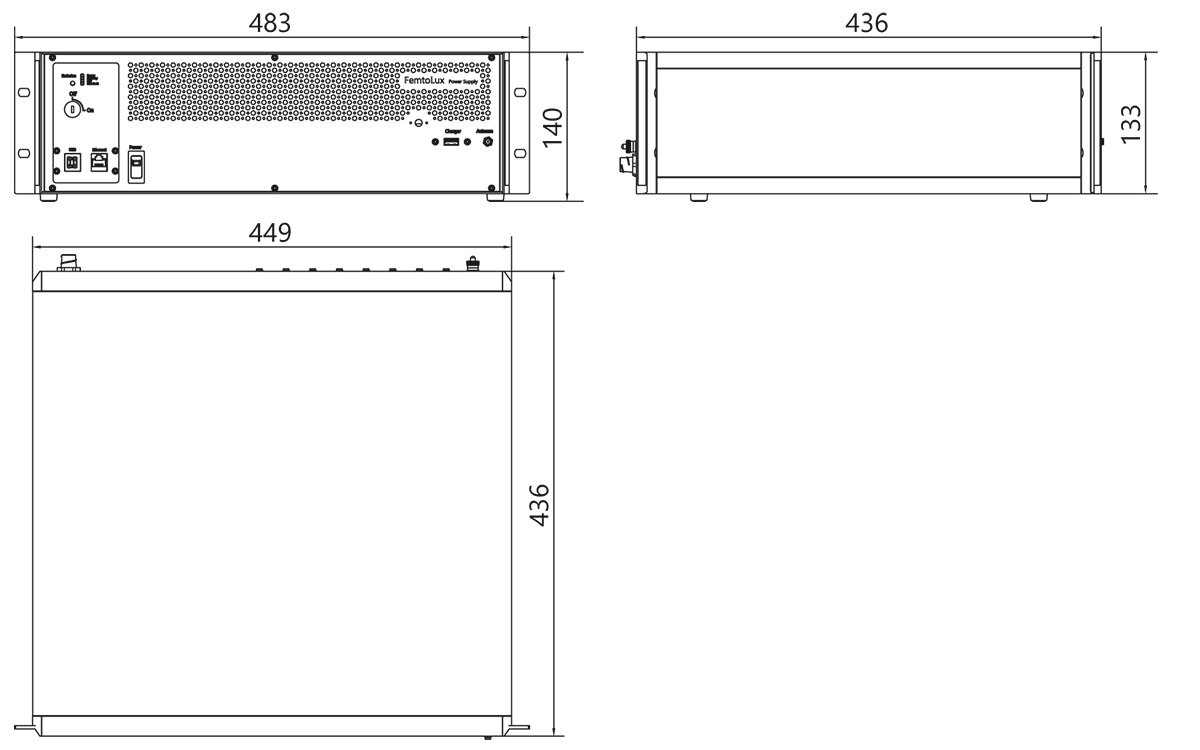 FemtoLux 3 laser was used as an illumination source in the wide-field second harmonic generation (SHG) microscope. Relatively high laser pulse energy at a medium pulse repetition frequency allowed for a faster single image acquisition compared to that using laser-scanning. It was also possible to acquire images of relatively large sample areas, which paved the way for the rapid imaging of macroscopic sample areas with microscopic resolution.

Formation of polymeric pillars by using laser interference lithography is compared for nanosecond and picosecond laser pulses. The experimental results are explained by dynamics of laser-excited radicals. The shape of fabricated structures demonstrates that thermal accumulation and oxygen diffusion from the surrounding air make an influence on polymerization when the pulse duration is in the nanosecond range. By using picosecond laser pulses, the thermal accumulation and oxygen diffusion effects are not important for low repetition rate (500 Hz), and they become relevant only at the repetition rates higher than ≥ 1 kHz. It is shown that thermal accumulation is caused by a low-temperature diffusivity and heat accumulation at the polymer-glass interface, and it plays a significant role in the final shape of the structures fabricated using the nanosecond laser pulses.