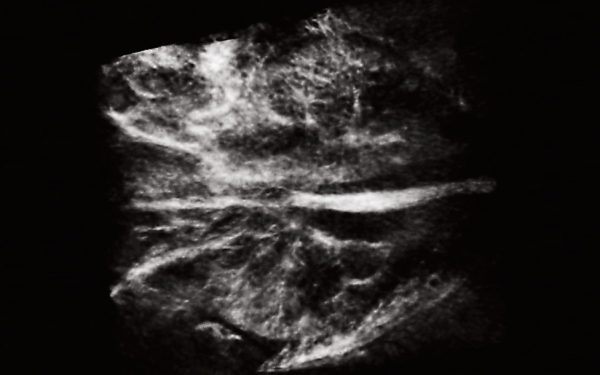 Photoacoustic imaging is a valuable high-contrast in vivo imaging technique for pre-clinical and clinical applications. This technique uses laser-induced ultrasound.

Ultrasound signal is generated in tissue, when it absorbs tunable wavelength laser light and expands thermo-elastically,  and their waves are detected by ultrasonic transducers. 2D or 3D images are then reconstructed from the accumulated data.

The photoacoustic images are obtained from a custom developed linear array photoacoustic tomography system. The biological specimens are imitated by conducting phantom tests in order to retrieve a fully functional photoacoustic image. The acquired image undergoes the active region based contour filtering to remove the noise and accurately segment the object area for further processing. The universal vack projection method is used as the image reconstruction algorithm. The active contour filtering is analyzed by evaluating the signal to noise ratio and comparing it with the other filtering methods.

Photoacoustic Tomography (PAT) is a promising medical imaging modality that combines optical imaging contrast with the spatial resolution of ultrasound imaging. It can also distinguish the changes in biological features. But, real-time PAT system should be confirmed due to photoacoustic effect for tissue. Thus, we have developed a real-time PAT system using a custom-developed data acquisition board and ultrasound linear probe. To evaluate performance of our system, phantom test was performed. As a result of those experiments, the system showed satisfactory performance and its usefulness has been confirmed. We monitored the degradation of inflammation which induced on the rat’s kidney using real-time PAT.

A real-time photoacoustic tomography which is capable of imaging the changes in biological features of living subject is presented. A custom developed data acquisition board and linear array transducer is used in this photoacoustic system. A phantom test were carried out to evaluate performance of the system. The developed system showed a satisfactory performance and its usefulness were evaluated. The universal back projection algorithm is used for image reconstruction and the sensitivity is analyzed from the obtained photoacoustic images.

The cross-section of a metallic sample was photoacoustically imaged using a pulsed nanosecond laser as the excitation source and a fiber-optic hydrophone system to acquire the pressure signal. The ultrasound sensor was an extrinsic Fabry-Perot fiber-optic interferometer and the band-limited photodetected output signal was recorded in a digital oscilloscope. In order to reconstruct the image, a time set of ultrasound signals acquired in a circular scan around the sample were used to solve the time-reversal equations. It was observed that image contrast can be enhanced considering the deconvolution of the sensor frequency response from each measured pressure signal.

Hydrophones based on interferometric fiber-optic sensors with applications in photoacoustics

Biomedical imaging used for medical diagnosis constantly requires improvement in the characteristics for imaging devices. The sensing devices are one of the most important pieces to improve in order to get images with better quality. In this thesis, it is proposed the use of interferometric fiber-optic sensors (which offer the advantages inherent to optical fibers) as devices to detect pressure/acoustic signals generated by the photoacoustic effect. It is explored the capability of using fiber-optic interferometric hydrophones in order to determine the thickness of a material derived from the acoustic signal generated when a sample is illuminated. In addition, the analysis of photoacoustic signals generated by the excitation of nanoparticles of an anisotropic material as absorption centers. Finally, the cross-section of a metallic sample was photoacoustically imaged by acquiring the pressure signals generated.

Here we developed a real-time photoacoustic tomography (PAT) imaging acquisition device based on the linear array transducer utilized on ultrasonic devices. Also, we produced a phantom including diverse contrast media and acquired PAT imaging as the light source wavelength was changing to see if the contrast media reacted. Indocyanine green showed the highest reaction around the 800-nm band, methylene blue demonstrated the same in the 750-nm band, and gold nanoparticle showed the same in the 700-nm band. However, in the case of superparamagnetic iron oxide, we observed not reaction within the wavelength bands used herein to obtain imaging. Moreover, we applied selective filtering to the acquired PAT imaging to remove noise from around and reinforce the object’s area. Consequentially, we could see the object area in the imaging was effectively detected and the image noise was removed.

We report a target-enclosing, hybrid tomograph with a total of 768 elements based on capacitive micromachined ultrasound transducer technology and providing fast, high-resolution 2-D/3-D photoacoustic and ultrasound tomography tailored to finger imaging.A freely programmable ultrasound beamforming platform sampling data at 80 MHz was developed to realize plane wave transmission under multiple angles. A multiplexing unit enables the connection and control of a large number of elements. Fast image reconstruction is provided by GPU processing. The tomograph is composed of four independent and fully automated movable arc-shaped transducers, allowing imaging of all three finger joints. The system benefits from photoacoustics, yielding high optical contrast and enabling visualization of finger vascularization, and ultrasound provides morphologic information on joints and surrounding tissue. A diode-pumped, Q-switched Nd:YAG laser and an optical parametric oscillator are used to broaden the spectrum of emitted wavelengths to provide multispectral imaging. Custom-made optical fiber bundles enable illumination of the region of interest in the plane of acoustic detection. Precision in positioning of the probe in motion is ensured by use of a motor-driven guide slide. The current position of the probe is encoded by the stage and used to relate ultrasound and photoacoustic signals to the corresponding region of interest of the suspicious finger joint. The system is characterized in phantoms and a healthy human finger in vivo. The results obtained promise to provide new opportunities in finger diagnostics and establish photoacoustic/ultrasoundtomography in medical routine.