Will CERN of Light technologies be established in Lithuania? 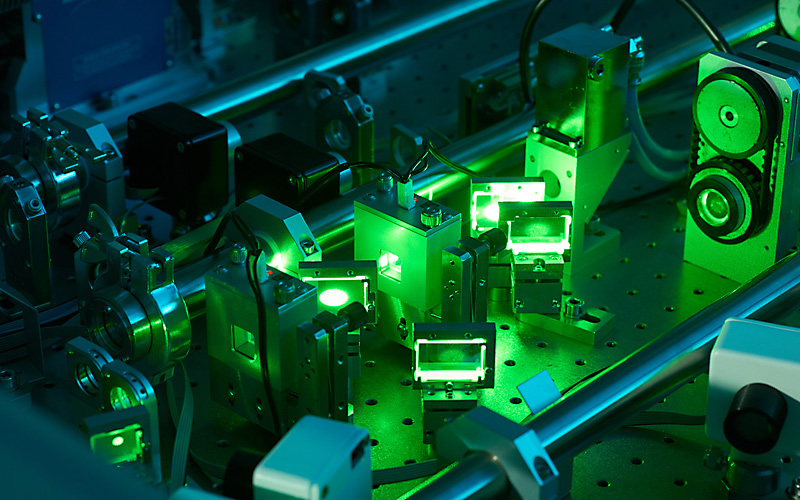 Unique laser infrastructure, so called Extreme Light Infrastructure (ELI) will start it’s operation in Europe in the year 2018. System, estimated of ~850 m Euros value will be created by 40 scientific and business institutions, including companies from Lithuania. The facility will be based on four sites. Three of them are presently being implemented in the Czech Republic, Hungary and Romania. ELI will became a place for multidisciplinary researches employing by both: primary laser radiation and secondary one, generated by the primary.

Prof. Wolfgang Sandner (RIP 05.12.2015), director general of ELI, visited Lithuania on 12–th of November. Main task of the visit – to invite Lithuania, well-known as “laser country” in EU and all over the world, to become member of the most powerful laser consortium. Main benefit of participation – possibility to participate in decision making in building of the biggest EU science infrastructure elements. Prof. W. Sandner met with President of Science Academy of Lithuania, VU rector, advisor of President of Lithuania, representatives of science, business and government. Prof. Wolfgang Sandner appreciated input from Lithuanian scientists as excellent and was glad to confirm that all the works are done according to the schedule.

First part of ELI project – ELI Extreme Light Infrastructure Beamlines (ELI-Beamlines) facility in Dolní Břežany near Prague in the Czech Republic will mainly focus on the development of short-pulse secondary sources of radiation and particles, and on their multidisciplinary applications in molecular, biomedical and material sciences, physics of dense plasmas, warm dense matter, and laboratory astrophysics.

On September of the year 2014, EKSPLA, together with US based company “National Energetics” has been awarded contract to develop and install an ultra-intense laser system for ELI-Beamlines. The laser system will be capable of producing peak power in excess of 10 petawatts, making it the most powerful laser of its class in the world. It will allow novel research in areas such as plasma and high energy density physics, particle acceleration and investigations into molecular, biomedical and material sciences.

Ekspla CEO Kestutis Jasiunas noticed: “We won the competition by cooperating with company from Texas. They have the technology which will be connected with ours. The most powerful laser system in the world, providing 10 PW output power will be built in Prague. We will be supplying certain laser systems, electronics and power supply units. System installation is scheduled to be finished till the end of year 2017.”

Second part of the ELI project – femtosecond laser in Hungary will also be built by employing competence of Lithuanian laser companies. On November of the year 2014, by employing Optical Parametric Chirped Pulse Amplification (OPCPA) technology, developed in Vilnius University, EKSPLA, together with “Light Conversion” won laser public procurement tender to design and produce 4 terawatt (TW) kHz laser system for ELI-ALPS (Szeged, Hungary). It will be used for researching of fundamental movement of electrons in atoms and molecules. System should be finished by the summer of 2016 in Szeged (Hungary).

Decision in which country to establish 4-th ELI center will be made in the year 2018. By reaching record-breaking 200 PW output power, newly established ELI- Ultra High Field Facility will establish itself as CERN of light technologies. According to Mr. Sandner, as these centers are not established in “empty spaces” and Lithuania is famous by its science and industry of laser technologies, there is a big possibility, that such a center could be created in Lithuania. It would be a fair solution, estimating, that the most powerful laser systems employ principle, offered by Lithuanian scientists A. Dubietis, G. Jonušauskas and A. Piskarskas in their publication, announced in Applied Optics magazine in the year 1992.

Development of local scientific infrastructure and mutual cooperation is another important benefit of ELI projects. Instead of moving to already established centers, scientists will create active research groups and foster arrival and participation of researchers from other countries as well as disciplines.

There are high expectations, that successful ELI project results could help scientists to answer several fundamental questions like why universe is dominated by material? Why anti-material is missing? What does comprise dark energy and material?

No less important questions could be answered for scientist working in applied sciences: for those, working with energy – how to create technologies which neutralize radioactive waste, for those, working with medicine – how to create a more effective radiation therapy methods. Instruments, powered by unseen laser energies, will enable to open secrets of surrounding world as well as living nature.