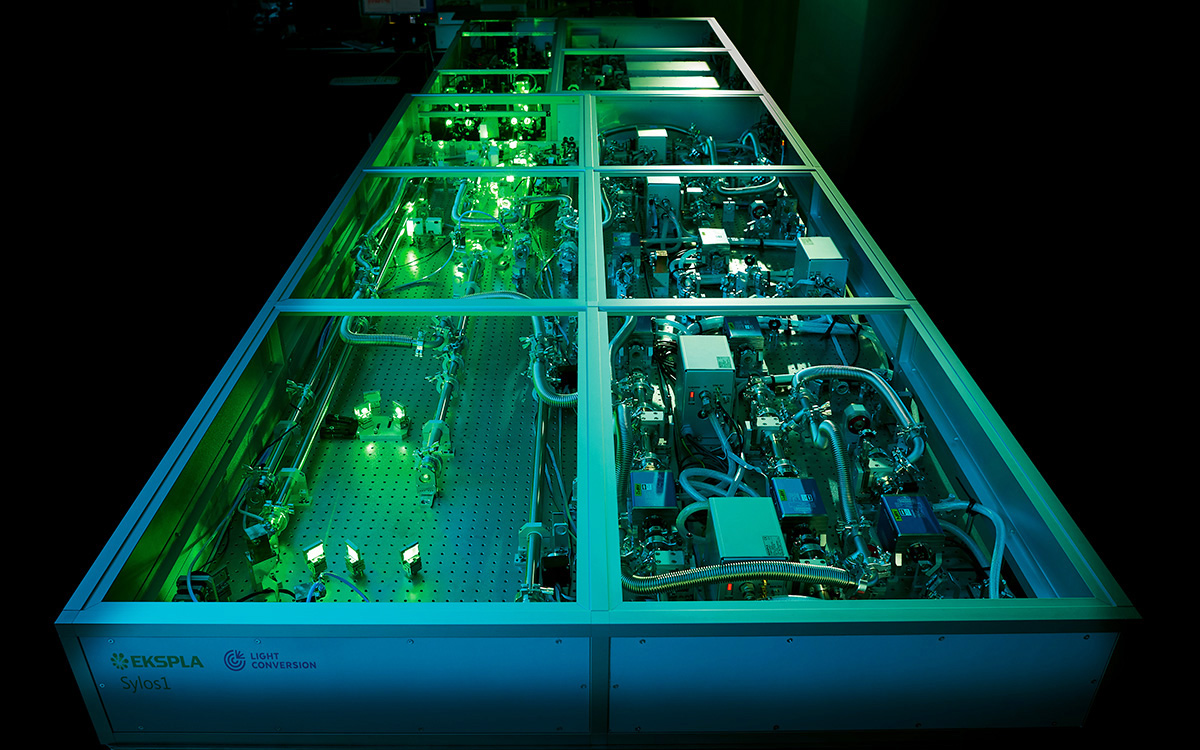 “This system is unique due to its outstanding combination of power and pulse duration” – noted Kestutis Jasiunas, EKSPLA CEO – “five terawatts establishes Sylos as one of the most powerful systems in the world generating 10 fs or shorter pulses at 1 kHz repetition rate. Secondly, it employs innovative OPCPA technology born and perfected at Vilnius University, Lithuania. Featuring comparatively simple and cost-effective layout OPCPA is a key approach in equipping the high intensity laser facility to reach attoseconds in deep UV regions.”

The main object of ELI-ALPS (Extreme Light Infrastructure Attosecond Light Pulse Source) project is creating a unique European research center, providing the international research community with laser pulses and further sources based on these. The Szeged facility will stand out from the institutes producing the highest intensity laser pulses in the world with its highest repetition rate and shortest pulses.

Design and building of the Sylos 1 system started on November 2014. It lasted more than 2 years and is valued ~4 million euros.

“We are pleased to see that the system with challenging specifications was built on time and within specifications” – told Prof. Karoly Osvay, ELI-ALPS Research Technology Director; Principal Investigator.

Another Extreme Light Infrastructure project, where EKSPLA is participating – ELI-Beamlines moved into its one of the final phases in time and with specifications at partners, National energetics laboratories in Austin, (Texas, USA).