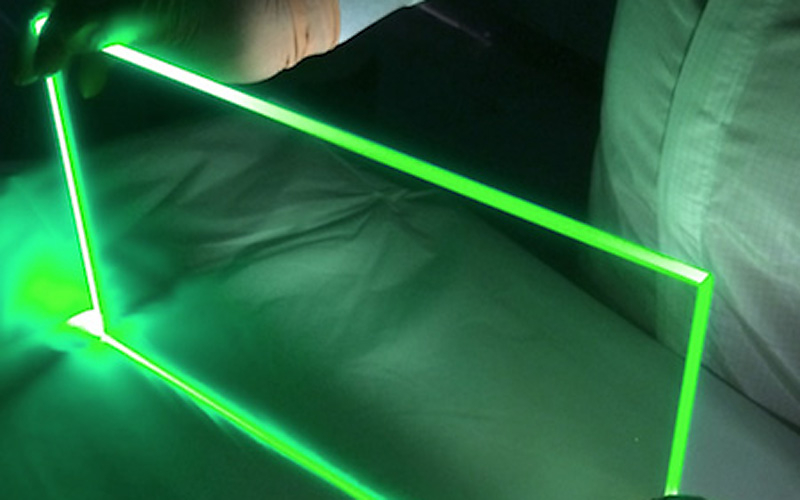 The 10 petawatt (PW) laser system under construction at National Energetics (Austin, TX) for the Extreme Light Infrastructure Beamlines facility (ELI Beamlines) in the Czech Republic has passed a major development milestone, on time and within specification, says the company. The system is on track for delivery to ELI-Beamlines at the end of 2017.

The system is a mixed-glass chirped pulse amplifier (CPA) using optical parametric chirped-pulse amplification (OPCPA) in the front end, followed by successive stages of direct amplification in two types of laser glass discs. It will achieve output pulses with energies in excess of 1.5 kJ and less than 150 fs in duration. Novel techniques to cool the glass discs have been developed to push the repetition rate of the system up to 1 shot per minute. This will be the first rep-rated disc laser in the world, operating at the highest peak intensities in the world, according to National Energetics.

This milestone marked the successful manufacture and testing of the first module of the disc amplifier, using 200 mm open aperture laser glass discs (see figure above). It demonstrated performance that matched gain models within predicted tolerances, and met that performance at 1 shot per minute over 1000 consecutive shots.

The CAD layout below shows the major components of the system. The front end consists of a femtosecond oscillator and a set of components that select a single seed pulse from the oscillator, amplify it with picosecond OPCPA, enhance its contrast, and stretch it for further amplification. The second stage provides the majority of the system gain through a series of nanosecond OPCPA amplifiers, boosting the energy from 0.1 mJ to > 4.5 J.

The seed pulse is then injected into two disc amplifiers. The first uses silicate glass while the second amplifier uses phosphate glass. The two laser glass materials have different amplification center wavelengths and together, support enough bandwidth in the seed pulse to generate sub-150-fs pulses.

“We are pleased that the optical-mechanical design developed here at National Energetics, along with electronic components developed by our consortium partner Ekspla in Lithuania, have been mated for the first time and meet the milestone performance specifications,” says Todd Ditmire, president of National Energetics. “This is a big first-step in the long-term success of the program.”

“The combination of high energy and peak power make this laser unique in the world,” says ELI Beamlines chief laser scientist Bedrich Rus. “In combination with the other laser systems within ELI Beamlines, we will offer our users capabilities that will allow major advances in basic science and medicine.”

The program moves on into its next phase, which includes life testing of the current module and production and integration of all the remaining 200 mm amplifier modules followed by mating them to the nanosecond OPCPA output. In parallel, the 300 mm final amplifier module is under construction and test before integration. National Energetics will be partnering closely with ELI Beamlines staff to bring this about over the coming months.